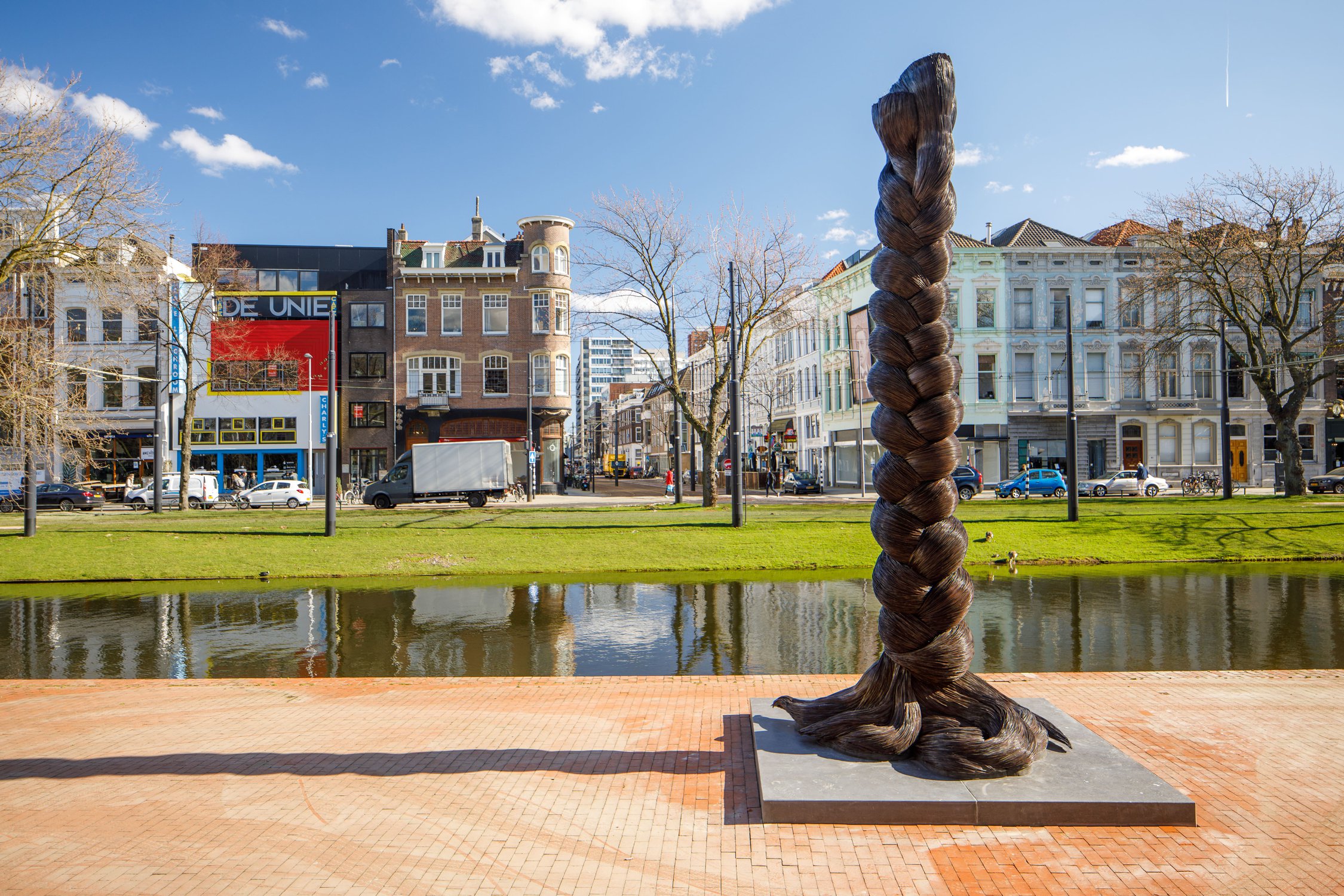 The Plait is the title of the slender steel sculpture by the London-based, Greek-born artist Kalliopi Lemos (1951).

The Plait, made in 2020, is an upright cut off plait of dark brown hair of monumental proportions. Kalliopi Lemos is best known for her large-scale public installations of everyday objects, sometimes of colossal size. The Plait raises questions about the role of femininity in modern society and rebels against patriarchal coercion. The Plait is the first work by a female artist on the sculpture terrace.

The Plait is the first addition to the terrace since 2001. Twenty years later, Monday, March 8, 2021, The Plait will be unveiled.