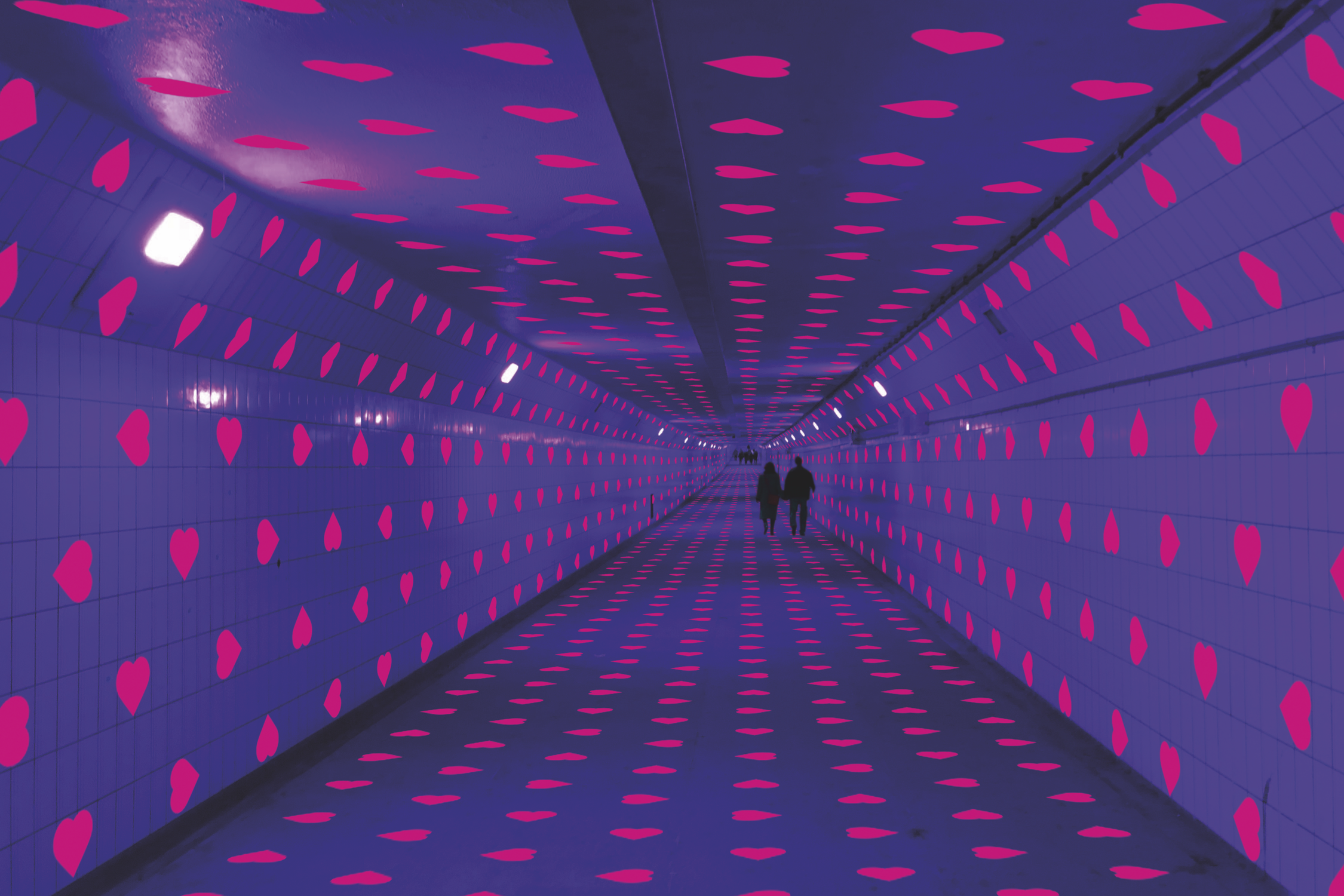 During the Rotterdam Art Week 2019, the Maastunnel becomes the Tunnel of Love, an underground experience that ends on 14 February, the birthday of this Rotterdam icon, and Valentine's Day!

Most users are cars, for bikes there is a separate tunnel tube, for which impressive escalators bring the cyclist down and up again at the other end. Less well known is the almost endless foot tunnel, which counts a thousand steps and is used daily by only a few dozen people. This walk under the Maas, more than 20 metres under NAP, is an experience in itself. Thanks to the temporary intervention of VOLLAERSZWART, this underground journey becomes an extraordinary experience. Tunnel of Love is open from 8 to 17 February 2019.

As the first traffic tunnel in our country the Maastunnel opened on 14 February 1942. Because of the war this was done with very little celebration. After more than 75 years of loyal service, this frequently used tunnel is undergoing a thorough restoration these days. In the meantime, the Maastunnel has been proclaimed a national monument and it is impossible to imagine Rotterdam without it.